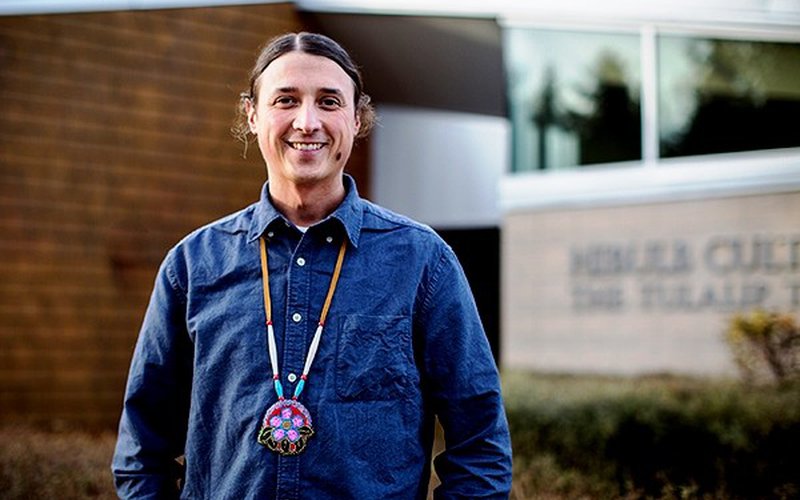 Matt Remle ‘s Lakota name is Wakíƞyaƞ Waánataƞ (Charging Thunder), who was his many times Great Grandfather from the late 1700s. Wakíƞyaƞ Waánataƞ (Charging Thunder) was a Winter Count keeper for the Hunkpapa Lakota and was the Grandfather of Rain-in- the-Face, Red Thunder and other grandsons’ who battled the U.S. military in Red Cloud’s War 1866-1868 leading the Lakota and allied tribes to victory. They also fought at the Battle of the Little Big Horn. Matt Remle has been involved with community organizing around social and environmental justice issues since the 1990s, including organizing around Washington State’s raising the minimum wage initiative, against the WTO when it met in Seattle, opposing the Iraq War, supporting efforts to free Leonard Peltier, against the Patriot Act, and more. In 2017, he co-authored/organized a City of Seattle ordinance to divest Seattle’s $3 billion per- year account with Wells Fargo due to their financial backing of the Dakota Access pipeline, and co-authored a City of Seattle resolution to prohibit any bank who funds Tar Sands pipelines from bidding on city contracts.

Matt’s relatives at Standing Rock in North Dakota helped start the mass resistance to the ETP pipeline. From his home in Seattle he helped lead a successful divestment campaign with roots back in Standing Rock. Hear how it happened. And there’s more: Loan guarantees, subsidies, project financing, divestment, investment….the world of finance is behind the industry of fossil fuels. But that won’t last forever.
Matt Remle
Videos
Start class